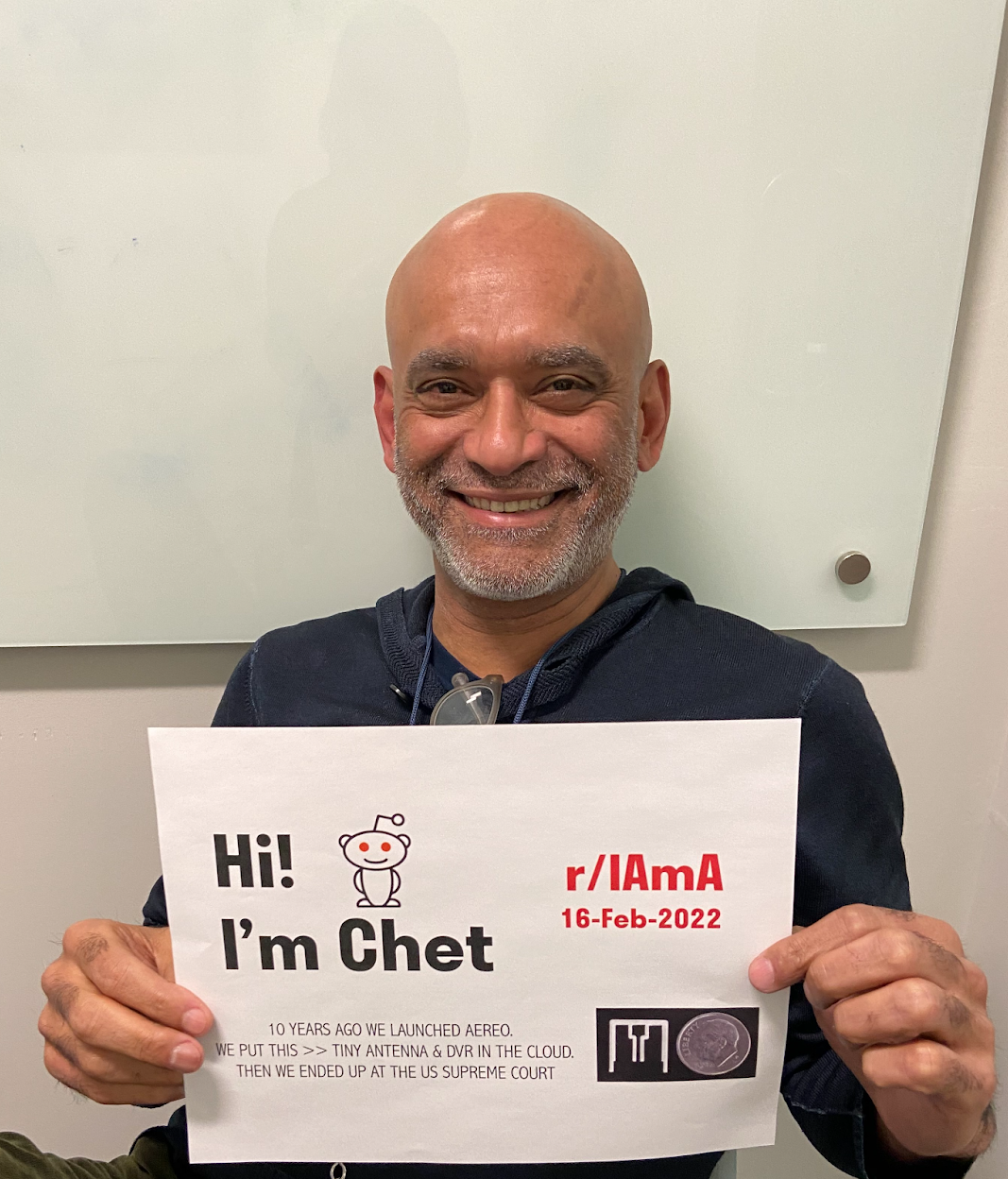 Founding Stories, Part II: Ask Me Anything about 10 years after Aereo and how it laid the foundation for the founding of Starry.

I’m Chet Kanojia. Ten years ago I started a company called Aereo. We got sued all the way to the US Supreme Court for putting an OTA antenna and DVR in the cloud. AMA!

Ten years ago, I started Aereo, a company that put an over-the-air TV antenna in the cloud with a DVR, giving you on-the-go access to your broadcast TV and DVR recordings. It was a novel idea at the time: mailed DVDs were still a big business for Netflix and cord-cutting was still a relatively new concept. So, for consumers looking for alternatives beyond the expensive cable bundle, Aereo was it.

Naturally, as these things go, the incumbents (in this case, broadcasters who were using free government airwaves to deliver television signals) sued. And they sued us all the way to the U.S. Supreme Court, where a 6-3 decision sealed Aereo’s fate. While that ended Aereo’s run, what the broadcasters could not do was suppress the cord-cutting, video streaming revolution that was just around the corner.

For me, the take away from that experience was clear: the question wasn’t if the streaming /cord-cutting revolution was going to happen, but when. And, the real front on this war was going to be around internet access, the “pipe” and the near-monopoly market for broadband in this county. Internet access was going to be the next significant frontier for competition and disruption.

So, after Aereo, instead of riding off into the sunset, I started a new company to do just that. (FWIW, I did nurse a lot of tequila in the first months.)

Ask me anything today about lessons learned from Aereo and charting a path forward after a stunning (and very public) defeat. And why I feel compelled to keep taking on these big challenges. I’ll be answering questions from 12-1 PM ET.