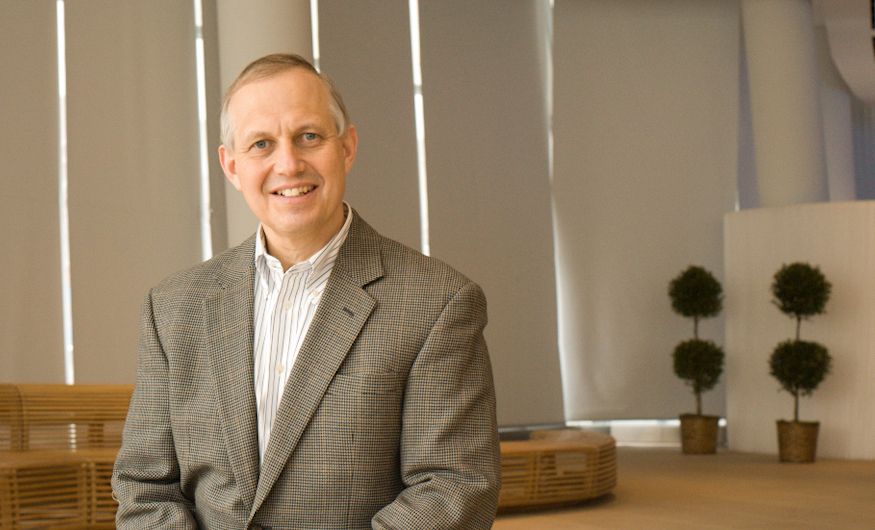 “We were surprised by how bad some of the service producing hardware and software was out there that consumers were using, in many cases provided to them by the incumbent ISPs. We were convinced there was an opportunity to improve what we saw.” -JL

Delivering live television over the internet is pretty common in 2022. Back in 2012, not so much.

But that’s exactly what Aereo, the OTT streaming company from the team that later founded Starry, did, altering the broadcast TV landscape in ways that are still felt to this day. The idea of an individual, centralized over-the-air antenna paired with a DVR in the cloud that you could use to watch and record your favorite broadcast television shows anytime on any device was pioneered by Aereo.

Before its history-making appearance at the U.S. Supreme Court, Aereo had amassed a customer base numbering in the hundreds of thousands, while operating in 12 major US markets. The company’s phenomenal growth could be directly attributed to its technological innovation, which was driven by a dedicated team of engineers who were committed to fundamentally transforming how people consume television by creating a competitive alternative to the expensive cable bundle.

Technological innovation—in service to the customer experience—is the throughline between Aereo and Starry. And Joe Lipowski, co-Founder and Chief Technology Officer (CTO) for both companies, was and remains at the forefront of that groundbreaking innovation today.

Before Aereo, Lipowski served as Senior Vice President of Engineering at LoJack Corporation, where he led the engineering team to develop products and operate services for the stolen vehicle recovery and persons at-risk markets. Through a serendipitous alignment of the stars, Lipowski was introduced to future partner and Starry CEO Chet Kanojia through Amish Jani, founder and principal of FirstMark Capital. (On October 7, 2021, Starry announced that it will become a public company through a business combination with FirstMark Horizon Acquisition Corp. (NYSE: FMAC)).

Joe and Chet shared the same vision for what streaming TV could (and eventually would) become, and the same appetite for disrupting stagnant industries. In short order, Aereo upended the broadcast TV landscape and drew the ire of the major television broadcast companies in the process. Despite its success, the U.S. Supreme Court, overturning both District Court and Appeals Court decisions, ruled against Aereo, citing breach of copyright laws, which effectively forced the company to shut down its operations in November 2014. As painful as the end was for the Aereo team, the experience of delivering live television over the internet proved itself useful in setting the stage for the next, more ambitious act, according to Lipowski.

Poor internet service had plagued Aereo customers across the board. Providing live broadcast television requires a near continuous connection, something too many customers just didn’t get from their ISP.

“We were surprised by how bad some of the service producing hardware and software was out there that consumers were using, in many cases provided to them by the big incumbent ISPs,” Lipowski said. He noted that outdated home WiFi equipment was often the culprit of poor customer experiences. “We were convinced there was an opportunity to improve what we saw.”

But delivering home internet service is extremely cost prohibitive, especially for new entrants into the market. Laying fiber is an incredibly expensive and time-consuming endeavor (just ask anyone who has tried) and without a legacy cable or phone operation already in place, the economics are largely infeasible. Solving for this problem would require a lot of innovation and technical expertise, something Lipowski and the Aereo team were well-versed in.

In building the foundational blocks of the network, the decision was made to utilize licensed millimeter wave spectrum to deliver the last mile of broadband connectivity to the home. The advantages to pursuing this path were clear: there would be significant time and cost savings by not digging up streets and sidewalks to lay a wire to every home and, if they got the engineering right, the bandwidth they could deliver across millimeter wave spectrum would be equal to or possibly exceed that of fiber, Lipowski said.

Years of intense research, testing and development went into validating these bands and Starry’s technology approach. Those efforts would culminate in the development of what is now Starry’s second generation base station: Starry Titan. Starry Titan typically is affixed atop a vertical asset site (tower or a rooftop) and backhauled by fiber. Titan transmits within approximately a one-mile radius, multi-gigabit connectivity to Starry receivers that sit on rooftops of apartment buildings and homes, which in turn provide service to the households beneath it.

Today, Starry’s network of Titans covers more than 5.3 million households across six cities and continues to grow. While Starry’s technological approach today may sound obvious, it wasn’t always so, said Lipowski. While millimeter waves have great potential for providing bandwidth, the bands also have inherent limitations, which were not trivial to solve.

“At such a high frequency, millimeter waves don't propagate well,” Lipowski said. “For example, we learned early on in our development process that millimeter waves couldn’t typically go through modern (low-E) glass. So, we built our first unit to go underneath the window sill with two parts; one part inside the home side that had the modem, and one part outside with an antenna that autonomously aimed itself to find the best signal.”

Though this method of delivery worked well for higher floors in an apartment building, the team quickly found out that the lower floors or a single-story structure would have trouble receiving their signals from nearby base stations due to potential obstructions.

“So we very quickly pivoted and realized we could build a unit that would go on top of the building, receive the signal and share the bandwidth across multiple apartments,” said Lipowski, whose team was tasked with figuring out this new technical challenge. Instead of a series of individual antennas, there would be one compact-sized, centrally located transreceiver, called the Starry Trident, that would service the entire building. Lipowski’s team would also develop an even smaller transceiver, the shoebox-sized Starry Comet, to serve small buildings and single-family homes, which debuted in multiple markets in 2021.

“The question then is how do you learn to distribute the signal to multiple apartments in the building,” Lipowski said. “We began studying a technology called G.hn. We had become exposed to G.hn during our quest for ubiquitous indoor coverage using two or more WiFi APs, with the need for a persistent connection between the APs.  We found it to be a great technology that we could use to provide high-speed connectivity to all different apartment types, using essentially any existing wiring type, saving the cost and time of having to rewire an entire building.”

Not having to rewire buildings was a key breakthrough. Starry’s ability to utilize a building’s existing wiring, including old twisted pair wiring, was innovative and critically important from cost and deployment efficiency standpoint, and important for building owners who may not welcome the disruption and cost associated with installing new building wiring. The ability to use every type of wiring gave the company flexibility and an advantage to move and build quickly.

The innovative problem solving continued inside the home, with the design of Starry’s first generation in-home router, the Starry Station. According to Lipowski, a key learning from the Aereo experience was that the level of consumer frustration associated with home WiFi was high. Customers often didn’t know if their devices were connected or how much bandwidth they were receiving. The experience with incumbent internet providers was completely opaque.  And so, the team determined that adding a visual display to the router itself, and creating a unique design around the router form factor, would improve the customer experience by giving subscribers a real time view into how their home wifi was performing and what devices were connected. This level of transparency and information was radical at the time.

It also served another purpose. “We wanted people to actually see the router and make it a part of their homes, because if you could see the router rather than sticking it in a closet or hiding it in a cabinet somewhere, then the antennas would have a much more prominent place in the room with signals propagating more effectively, and therefore delivering better service,” Lipowski said.

And better service is what Starry Internet is all about. From the beginning, the commitment to constantly improving the customer experience—from sign-up and installation to in-home performance and customer care—has served as the driving force behind Starry’s technological innovations, and continues to act as the company’s north star across all departments.

“The one thing about Starry, no matter where you work in the organization you fundamentally come in every day and know you’re here for one reason and one reason only: to serve the customer,” Lipowski said.